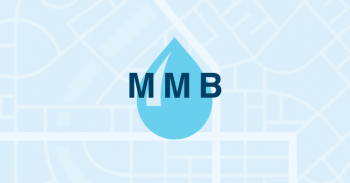 Our Monday Morning Briefing offers weekly coverage of all the latest water policy news. The latest issue of MMB is available for everyone to read but you must be a member to see the archives.

Past Issues (Join or Login to Continue)

On January 8, the Supreme Court overturned a Ninth Circuit Court of Appeals decision that the Los Angeles County Flood Control District was liable for

A draft of the Third National Climate Assessment (NCA) Report has been posted online for public review and comment by the U.S. Global Change Research

Perciasepe, Others Are Possible Contenders For EPA Administrator Position

Farm Bill In, Muni Bonds Out Of Fiscal Cliff Deal

Among provisions tucked into Congress’ fiscal cliff deal was a nine-month extension of the farm bill, which authorizes a variety of USDA programs. The

On Wednesday, January 9, at 1:00 p.m. ET, WaterISAC and UK Water Industry Research (UKWIR) will host a free webcast on the content and unique features

A recently extended deadline for Washington, D.C. and the D.C. Water and Sewer Authority (WASA) to comply with an existing consent decree to reduce